You are here: Home / Life / A Lesson in Parenting 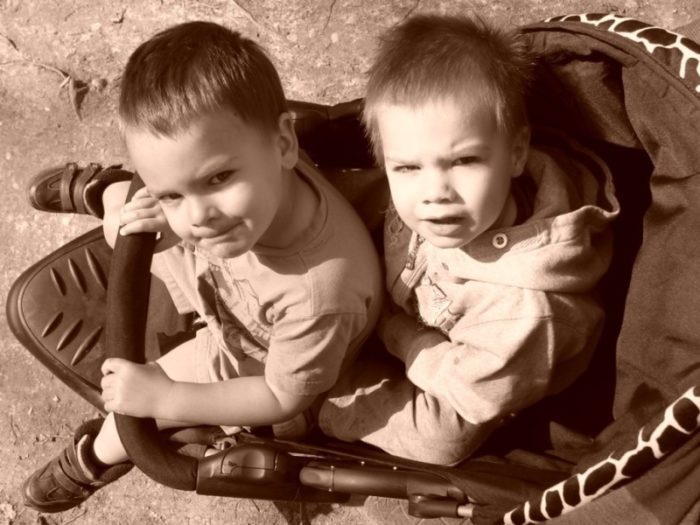 Today I got a lesson in parenting.  And despite my best efforts to avoid the most common cognitive distortions, I am gutted!

If you read my post a few weeks ago about sometimes struggling with three kids, you will know that I was quite candid about my failings.  After this morning’s conversation, though, I am left with the impression that I, too, should start faking it in order to stop being a pitied topic of discussion.

I don’t even know how it started.  I remember Mr Neighbour (who had come in for a quick cuppa) saying something about how good Jaco is and how hyperactive Pieter is.  I said something to the effect that Pieter was lively, rambunctious, spirited, definitely, but not hyperactive (not like my brother Rudolf used to be).

And then a few minutes later another mention of how good Jaco is when he’s alone (meaning without Pieter).

Now, Jaco is a charmer.  People are just instantly drawn to him.  Pieter, on the other hand, is his mother’s child.  He is a tiny bit high strung and can be a handful at times, but he has such a good heart and such a loving nature.  I said as much.  I also told Mr Neighbour that it broke my heart when people didn’t get Pieter.

“The Missus has told me how generous and kind the boys are when she comes over to watch them for you.”

I smile a silent thank-you at the Missus, who has become my rainy-day nursery-run baby-sitter.

“The Missus has also mentioned that there’s been a bit of twittering about you.”

And immediately my back is up, despite knowing that I had mentioned to the Mrs that I was getting pitying glances on my horrendous rainy nursery run.  Pitying is putting it mildly.  Abject horror is probably a better description.

“You know,” he continues.  “I was a manager for quite a few years and I found that the best way to stop the twittering is to eliminate the source.  So if people are saying you aren’t coping with three kids, show them that you are.”

Not coping? Not coping??? Who said that?  Struggling sometimes is not not coping!

“Well, I’m not really going to show them by getting your Missus to mind the two young ones while I take Pieter to nursery, am I?”  I aim for a light hearted tone.  I don’t think I succeed.

“No, but, for example…I’ve seen your Pieter coming down the road, touching people’s cars and looking into the windows.  What if he damaged the cars?  I mean, you’re talking a lot of money for a panel.  And running up and down people’s drives like that.  Again, he could damage their cars.  And that day he ran his bike into (can’t remember the name)’s garage door.  If that had been a new door and he had damaged it, you’re talking thousands.”

“From a little boy’s bike?” I mumble feebly.

And I remember the day he’s talking about.  It was the first day back at nursery after the summer holidays and I had had my hands full.  I forgot to catch Pieter for our usual “remember, good walking, good listening” chat before leaving the school yard and consequently spent the whole way home yelling at him to listen, to come back, to NOT RUN SO CLOSE TO THE ROAD!!!  And then got told off myself by a motorist for letting him run too close to the road.

So by the time we’d gotten to our road (and Pieter had picked some of Mr’s prized flowers), I was fed up and he was out of control.

I can feel my eyes welling up.  I realize that he’s pulled the old good-good-bad-good maneuver on me:  criticism sandwiched between praise to make it easier to swallow.

“I mean, you’ll want to rectify that sort of behaviour before it gets any worse.”

I get up and go to the kitchen under the pretext of returning my coffee cup to the sink.  Don’t cry, don’t cry, I tell myself.  Man up.  It’s just constructive criticism.

I try to defend us when I get back to the living room, try to explain that it was a bad day and that he has gotten a lot better at the good-listening-good-walking thing (because he really has – although he does still like to run into people’s driveways), but it just sounds like justification and this prompts the Mr to say:  “I mean, I saw him walking down the road with Christiaan the other morning, and he was behaving ever so well.”

And that does it.  Black and white thinking, overgeneralization, mental filter, jumping to conclusions, catastrophizing, personalizing…the whole caboodle.

It’s me.  I’m a bad mom.  I’m ruining my son’s life.  I don’t know shit about raising a child.  I should never have had children.

“Give us a cuddle then,” he says, and I know that he is not being nasty; that he has said what he said because he cares for me and is trying to help…

…doesn’t make it any easier to swallow.