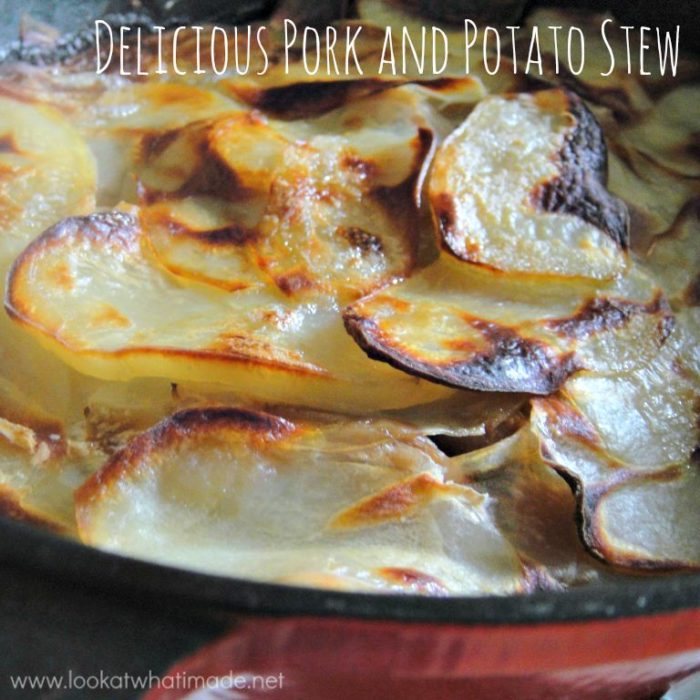 This delicious one-pot pork stew is topped with a crispy potato ‘lid’.  It is one of our family favourites and yields 6 portions.

Place the following in a large, heat-proof glass mixing bowl and mix well:

Add 1 kg of Diced Pork into the bowl and shake well so that the diced pork is well-covered by the flour mixture.

Brown the pork in 2 tbsp olive oil.  Depending on how big your casserole dish/pot is, you might want to do it in two batches.  Remove the pork from the pot and set aside.  Don’t wash the heat-proof mixing bowl just yet, because you are going to use it again a little bit later.

In the same pot, sauté:

Stir well and add the pork back in, making sure to add all the juices too!  Simmer for 15 minutes.

Remove the lid and cook for another hour, keeping an eye on the potatoes so that they don’t burn. 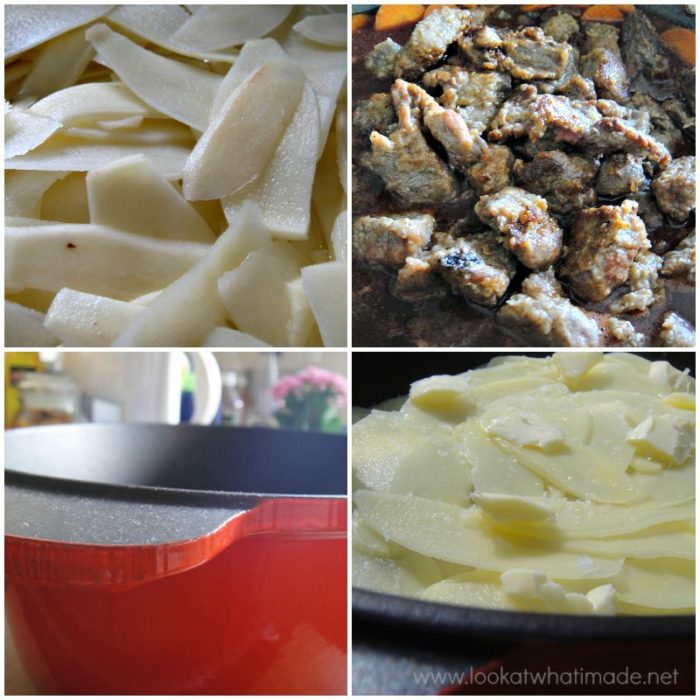 We ALWAYS end up with leftover potatoes because I am so afraid of not having enough potatoes for my dish that I always prepare more than needed.  I use these leftover potatoes in a quick potato bake for the kids’ lunch the next day.

Here are 3 of my favourite leftover potato bake recipes:

The possibilities are endless.